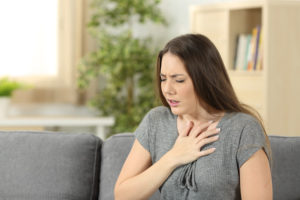 Most people aren’t aware that there is more than one type of asthma. The primary form of asthma, also known as bronchial asthma, is a respiratory condition that causes the airways to become narrowed and inflamed, resulting in difficulty breathing to varying degrees based on the severity of the case. Asthma flare-ups can typically occur during vigorous exercise or due to poor air quality, among other causes.

Though many asthma patients suffer from this type of asthma, the less well-known type is called viral asthma and is actually responsible for around 50% of all asthma attacks. Also referred to as viral-induced asthma, viral asthma is characterized as the onset of an asthma flare-up specifically caused by an infection to the respiratory tract. This infection could be due to well-known viruses, such as those that cause the common cold or flu.

What are the symptoms of viral asthma?

Viral asthma is often seen in people who had asthma as a child but ceased to have symptoms for many years, only for their symptoms to return later in the form of viral asthma. Those currently managing bronchial asthma can also experience viral asthma attacks, even if their asthma is typically under control.

An allergist can diagnose viral and other forms of asthma using your symptoms, a physical examination, and breathing tests if needed. Your doctor can then develop a treatment plan to lessen your symptoms and reduce asthma flares. Please come see us if you are concerned you may have asthma.

Ten Questions To Ask Your Allergist About Asthma

What Parents Need to Know About Kids with Asthma